The vision for British Columbia Golf is to grow the game of golf in BC. 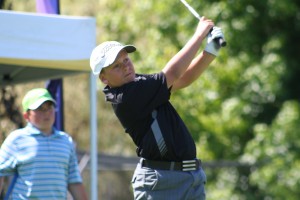